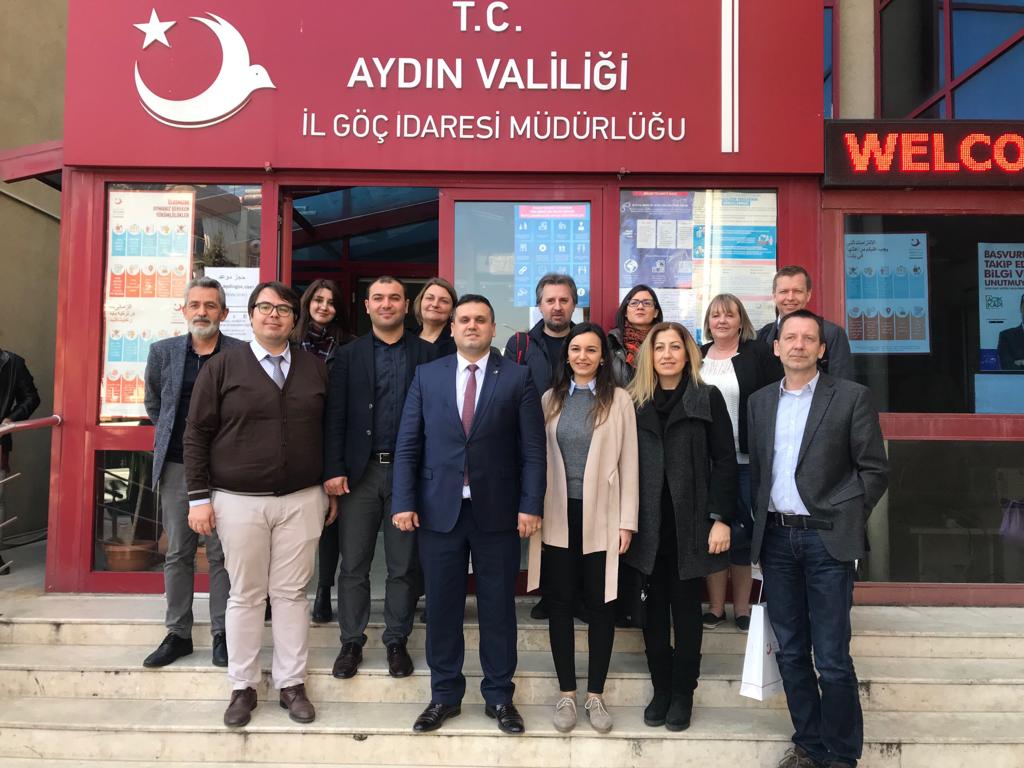 Turkey has become geographically key country with our country’s socio-economic power and welfare level that has increased in the recent years, in addition to that,clash environment and instability that countries in our region are currently facing.

Our country which is one of the main actors that is affected from migration movements, while holding an important location – just like in the past – on the transition way to the European countries with high human rights standards, has also become a direct attraction centre for regular and irregular migration movements with the democratic transition it has gone through  and its powerful economy.

Therefore, in order to designate and apply much more effective policies about migration, in terms of effective management of migration issues in our country – like the examples around the world – Foreigners and International Protection Law no. 6458 had been promulgated and taken effect in Official Gazette no. 28615 on 11.04.2013, which improves and applies strategies and current policies towards its purview, is human rights oriented, is equipped with qualified staff and solid background,  is a response to the need for competent institutional structuring.Directorate General of Migration Management which has been established under the scope of the law,  had become operational on April 11, 2014 and aimed to get organised in 81 provinces, 148 counties and abroad.

Our Aydın Provincial Directorate of Migration Management which has been established on 18.05.2015 within the scope of aforementioned law, has taken over services and processes related to foreigners, and is continuing its services and operations in a ‘people oriented’ manner with qualified staff and equipped with a solid background.

Our Directorate – beginning from its service date – has become operational in regularly, people orientedly, compatibly, quickly, effectively and productively carrying out – compatible with our country’s benefits, purposes and designated policies –  services and processes related to entrance  and exitof foreigners who are residing in Aydın due to various reasons and statutes, theirresidence in Turkey and their deportationand protection of human trafficking victims, international and temporary protection within the scope of legal regulations that are promulgated by Directorate General of Migration Management affiliated to Ministry of Interior Affairs.

Additionally, Aydın Province is a quite important tourist city of our country. Besides, having natural beauties and being an ancient city which had been host to ancient civilisations that trace their history back to thousands of years, it is a city that is above Turkey’s average in terms of investment density of private and public sector, development of agriculture, economy, health and education infrastructure and socio-economic.

Therefore our province has become an attraction centre for foreigners, as well as there is a great increase in foreign numbers in recent years. Aydın province is in the focus of population movements just like it was thousands of years ago. Because of its nature that come from history, in the present foreigners who arrive to our Province are welcomed in complaisance.

As its current position,  Aydın Provincial Directorate of Migration Management, besides being an institution which is an effective actor, open minded and prioritizing specializationin all services and operations that it is currently carrying out;  it is also  carrying out its activities as anactivein its field, dynamic public authority that consider universal basic rights and liberties along with security in a totalitarian intellection.